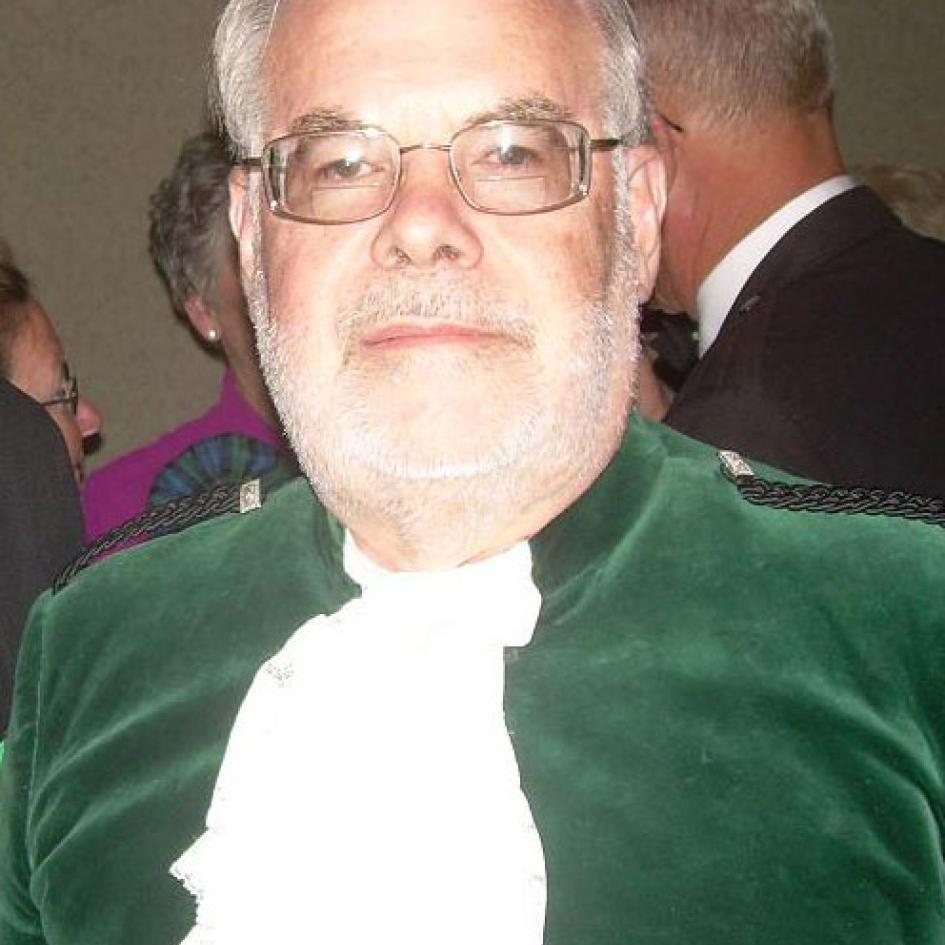 Upon graduation from Valparaiso University, Valparaiso, Porter County, Indiana in 1969 with a Bachelor of Science in Electrical Engineer degree, he moved to the River House and then to Fairlington Village, both in Arlington County, VA, where he met his future bride, Elizabeth “Beth” Stanford, the daughter of Marvin and Donna Stanford and they were married in April 1978. He and Beth later moved to Alexandria, VA where they lived until retirement.

Donald and Beth have two children - a son Thomas Walker “Tom” Campbell, Esq., who lives in London, England where he works for a firm that designs and constructs theaters and opera houses around the world, and a daughter, Laura Dent Campbell who lives in Denver, Colorado, where she works for an environmental firm.

Upon graduation from Valparaiso University he took employment with the Defense Communication Agency (DCA), Arlington, Virginia, as an Electronic Engineer working on the deployment of static worldwide communication system for the Department of Defense.  After about three years there, he was hired away from DCA by MCI Communication as Telecommunications Engineer to work at their headquarters office in Washington, DC, designing their microwave fault alarm system.  There was a major downsizing at MCI after about a year and half later and he was laid-off.  He then took a job as an Electronics Engineer at the Federal Communications Commission, in Washington, DC, in what is now the Office of Engineering and Technology.  Donald retired on 3 October 2015 as a Senior Electronics Engineer with more than 42.5-years of service with FCC and total 45.5-year of Federal Government service.

Outside of the office, Donald has an extensive interest in his family history and things Scottish, as well as an interest in his Campbell heritage from an early age.  Following his graduating from college he began conducted extensive research on his family’s history.  His research led him to believe his Campbell came from the Isle of Sky in Scotland, which migrated to North/South Carolina in late 1780 or 1790s, moving to Georgia in 1810s and finally moved to Florida by 1826.  This research resulted in Donald publishing a history of the “Campbells in Harmony, Florida”, which ran more than 200 pages. 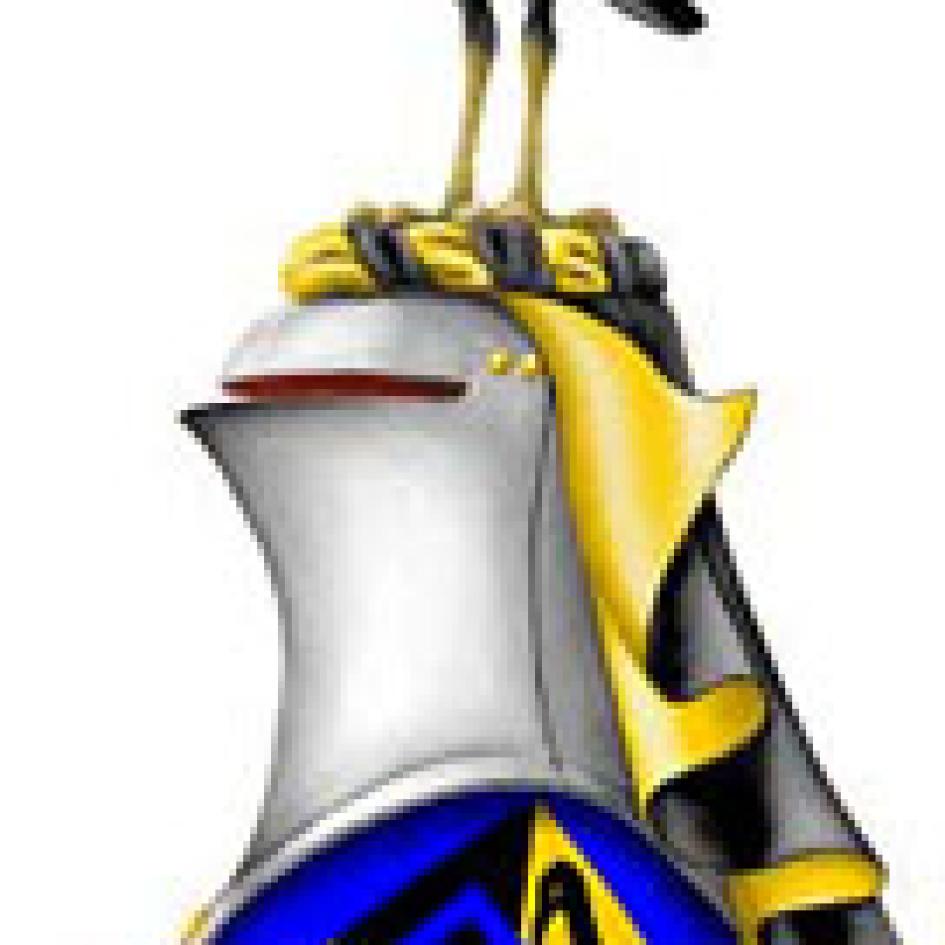 Based his family research findings, Donald petitioned the Lord Lyon King of Arms in Scotland for a grant of arms for and in memory of his great-great-great-grandfather John Campbell who had emigrated from Scotland. On 20 February 1984, Scottish arms were granted for and in memory of his great-great-great-grandfather John Campbell by the Lord Lyon, King of Arms and on the same date, arms were also matriculating to him. Donald’s arms are – Gyronny of eight Or and Sable, the first charged with four ibises' heads erased of the second, within a bordure Azure, with a Crest: an ibis Sable and a Motto: IN HARMONY.  His arms are recorded in the Public Register of All Arms and Bearing in Scotland in vol. 65, folios 88 & 89. Because Donald’s father, was alive, Donald’s arms were debruised of a three-point label Azure.  Because his son Tom was listed in the initial grant document as heir apparent to Donald, his son Tom’s arms were debruised of a five-point label Azure. Since the death of his father, Donald became entitled to the above arms of his father. 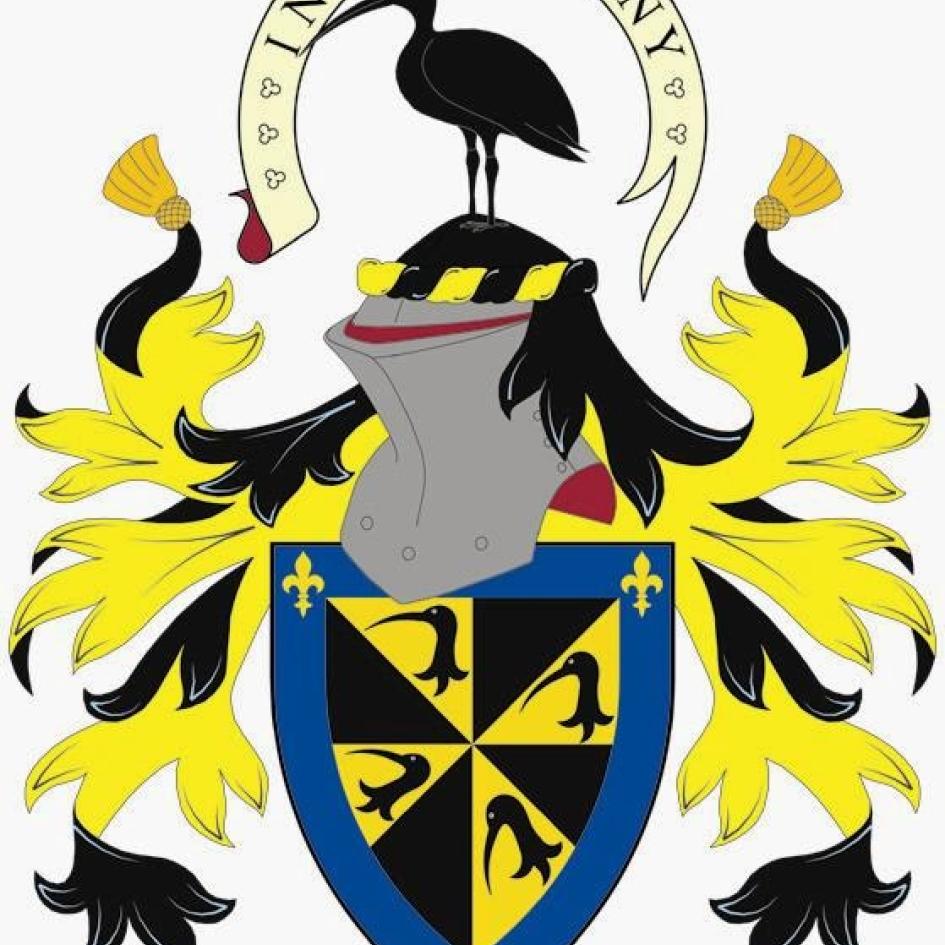 In December 2014, his daughter Laura, matriculated her own arms (left image) – Gyronny of eight Or and Sable, the First charged of four glossy ibises' heads erased of the Second within a bordure Azure charged with three fleur-de-Iys Or for difference with a Crest: a glossy ibis Sable and Motto: "IN HARMONY" in the Register in vol. 111, folio 91.

Toward the end of 2002, The Society of Scottish Armigers was founded in the United States by a number of Americans who possess Scottish arms.  In March of 2003, Donald joined this Society and became a Board Member, Secretary and Sennachie.  Several years later he was made a Fellow of the Society.  To become a member of this Society you must possess Scottish Arms.  Both Societies have a joint tent at a number of Highland Games throughout the United States.

In about 1972, he joined the Saint Andrew’s Society of Washington, DC, and later became a life member.  In the early 1980's, he also became a Fellow in The Society of Antiquaries of Scotland.

In July 1976, Donald was instrumental having live, nationwide coverage of the Grandfather Mountain Highland Games which are held in Linville, Avery County, North Carolina via the Public Broadcasting System through the efforts of South Carolina Public Television and using the COMSAT ATS-6 experimental satellite.

On 16 July 2012, Donald became a member of the Most Venerable Order of the Hospital of St. John of Jerusalem, a United Kingdom royal order of chivalry first constituted as such by royal charter from Queen Victoria in 1888.  In September 2020 he was appointed to the Chivalry and Heraldry Committee, and the Ensigns Subcommittee to address Scottish Armorial issues by Nigel Heath, KStJ, Prior of the USA. In April of 2021 Donald was selected as an officer of the Order of St. John.

Donald has written a 100 page booklet entitled Scottish Armory and Heraldry: A General Overview which can be obtained on the Clan Campbell Society website. It is a good guide to acquiring Scottish Armorial Bearings.