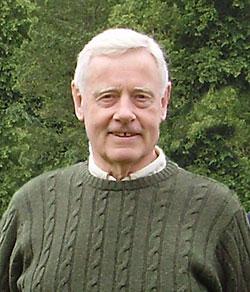 This is a reference book more than a readable history. I plan a shorter and more accessible version based upon this in the future, intended for those preferring their history a faster-paced and less detailed style, yet fully annotated. Any history is never complete. It is only a caught image of the research of the moment. Although based on many years of investigation and the collecting material by many people over much of the 20th century, such a picture of a kindred is always fluid and growing organically. But since it is rare that anyone has the time or interest to bring such facts together and attempt an analysis, placing them in a wider context, and since my interest was piqued by exile for part of my life, in retirement I have both the time and interest.

There may always be more to discover, but having reached my late seventies, I decided that it was time to put together this collection of academic-style papers, even although I can continue researching and collecting in what is currently called a digital format. But I love books and libraries, as do many of this family, and it has long been my ambition to see this series of papers on the Inverawe kindred in book form. For those with the open-heartedness to get past any prejudices about elites, this should provide a rich lode of social history, even if at times it seems that there was, latterly, too much concern with the law and paper. There it is vital to remember that by the late 17th century the desire for peace and stability must have been a longed-for condition. Some romantics have criticised Campbells for using paper rather than the sword, as if shedding blood was in some strange way more virtuous than negotiating peace. They only have to look to John dubh the Tutor, or the Covenanting times of ‘Argyll’s Champion’ Lt. Col. Dougall of Inverawe to see why later sons resorted to paper. That Campbell swords remained un-bloodied is a Victorian figment of fertile imagination, an attempt to limit the scope of the Gael.

Today the name Inverawe has two reasons to echo in the mind of some: The family and place inspired the experience that has become known as the Ticonderoga Ghost story, and the present owners, descendants of the Ardchattan family from across Loch Etive, run a famous and notable gourmet fish smokery whose products are recognized around the globe. The Campbells of Inverawe were knows as the MacDonnachaidh Campbells, a patronymic that became eased in the local tongue of Gaelic to be pronounced as MacConnochie and spelt in variations of that style, the ‘sons of Duncan’ who was their eponymous ancestor.

For almost three centuries the descendants of this Duncan Campbell were responsible for justice and defence for the communities on the lands of Inverawe and others, placed in their stewardship by and for the Earls and later Dukes of Argyll. The lands reached, although not contiguously, from the headwaters of the Water of Etive, high on the Moor of Rannoch in the north, to the lands of Ardsceodnish, now called Kilmartin in the south. The lands of Inverawe itself included the western peak of Ben Cruachan and the earliest grants had included farmtoun communities on the shores of Loch Awe between Kilchurn and Cladich. The original core of their responsibilities would seem to have been the supporting lands of the island castle of Fraoch Eilean on Loch Awe. The castle came to the Lochawe Campbell family from Christina of Craignish, a widow of the MacNachtans, who granted the place to an intermediary in 1361. That was in time of Colin Iongantach and his brother Duncan Sceodnasach, the sons of Gillespec Campbell of Loch Awe. Fraoch Eilean and the supporting lands of Innestrynich, Achlian and Duchollie next appear on record in the stewardship of the MacConnochies of Inverawe before the mid fifteen hundreds.

When the lordship of Lorn was granted to Colin, first Earl of Argyll in 1470 by young James III King of Scots, Earl Colin subsequently handed responsibility for lands in Lorn to three MacConnochie Campbells, at Inverawe, Lerags and Stronchormaig. Archibald at Inverawe would seem to have retained their former home, the castle of Fraoch Eilean. Since 1463 the lands of Lorn had been the scene of raiding and feuding between MacDougalls, Stewarts and a renegade nephew of Donald Balloch MacDonald, lieutenant for the Earl of Ross in the southern Isles. Earl Colin was related to the MacDougalls by marriage and had Stewart allies and ancestors. Yet he evidently saw a need to have some forceful men among his kin settled in the lands of Lorn. The MacConnochies of Lerags, Inverawe and Stronchormaig were described in Ane Genealogie of the Campbells in the following way: ‘It is certain they were alwayes very active stout [sturdy] men and of the most stubborn and undaunted spirits and too hard to tame. They are called the Clandonachie Campbells...’ This was written following a particularly violent period in the history of Argyll. One recent member of the family had led Islemen against Elizabethan forces in Ireland and gained an international reputation as being ‘hard to tame’.

The purpose of the following papers, written in academic style with the footnotes providing the source material and references, is to unearth what can be known of this family and their part in the history of Argyll and on the wider landscape of Scottish history. The idea is to place many years of research by many people into cohesive form, both for interested members of the family and to lodge copies in relevant libraries and archives to be preserved for any future generation who may find them useful or interesting. As mentioned, there is a plan to use this material as the basis for a brief but more easily ‘readable’ history for the family, although without so much detail, since for many that is the only way they would be willing to gain an overview of the lives of those human beings fragmentarily depicted here.

Although the concept of ‘genealogy’ or family history was long considered very much secondary to history, it has more recently become obvious that history is in fact made up of many personal relationships and experiences. Further, because communities and therefore societies are built of families, these are the bedrock of history. This is even more relevant in the case of families of Gaelic culture, where there was an underlying structure of the kindred for whom security and trust was expected, if not always delivered, among broadly related people.

So a collection of personal events such as this, when placed in the County and Country setting for a longer perspective, is where genealogy and history meet for the benefit of both. I would hope that perhaps, in some cases, this would be useful to professional historians of Highland & Island and Scottish & British history.

Because this compendium is the result not only of my own research but that of many others who have offered their help with great generosity, I will add my extensive thanks and acknowledgements at the end of the work, rather than at the beginning.