The music and songs with close ties to the Clan Campbell are many.  Here we have a collection of Campbell marches, reels, jigs, pibrochs (gaelic Pìobaireachd), strathspeys and ballads.  This two CD set, was compiled and produced by David R. Campbell with the assistance of Alastair Lorne Campbell of Airds.  David spent a year and a half on this project, traveling to Scotland to research the music archives, interview music historians and musicians, insure copyright provisions were met, line up talent and managing recording sessions.  Some of the performers include Alex Beaton, the Battlefield Band, Oban Pipe Band, 1st Battalion Argyll & Sutherland Highlanders Pipe Band, Harpists Allison Kinnard and Christine Primrose, Fiddle Player Aly Bain and many more. 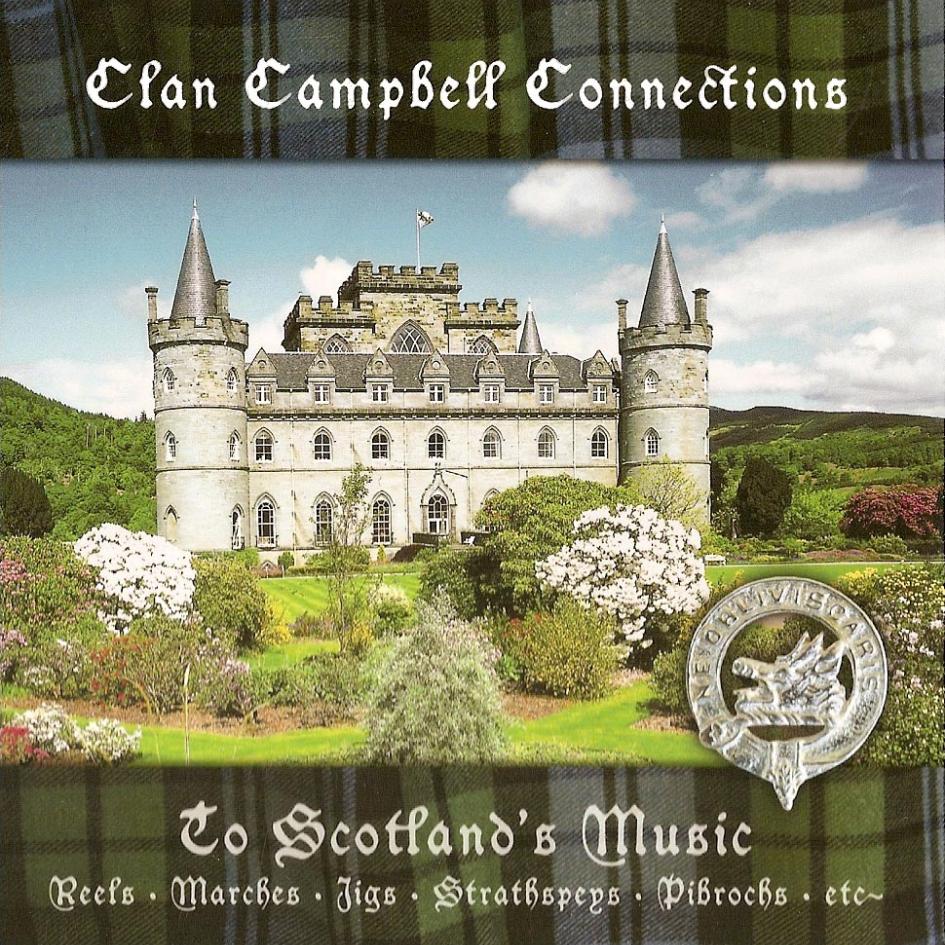 Disc one includes a written commentary, written by Alastair, on each 21 tunes giving the Campbell connections.  The second disc has an oral commentary given by Brigadier John MacFarlane, who has provided voice-overs for BBC.  It depicts the Pibroch music as played by the great highland bagpipes and would be of particular interest to pipers and those interested in piping and its history.  The CD cover was done by Paul Consiglio.  The soundtrack was "Mastered” (balanced, volume controlled, etc.) by Todd Grossman at Capital Recordings.