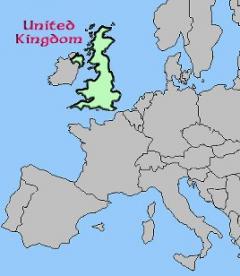 In 1707 the Treaty of Union united the British Isles into the United Kingdom of Great Britain. But Scotland still has its own identity.

Many years ago two different groups of people lived in Scotland: Highlanders and Lowlanders. Clan Campbell is from the Highlands. The Highlanders were the people who wore kilts and who played the Highland bagpipes. These have become symbols of all of Scotland. 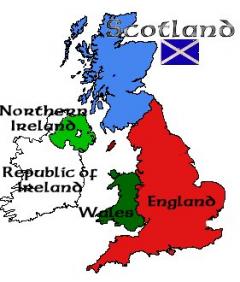 Scotland is a beautiful land. It has rolling hills, many lakes which are called lochs (pronounced "locks"), tall mountains, large deep valleys called glens, islands and rugged coasts. But the best part of Scotland is the people.

This is the place from which Clan Campbell came. If you don't live there, maybe some day you can visit Scotland!