Skipness Castle (pronounced; SKIPnis)  is the largest surviving castle in Kintyre since the original walls of the royal castle of Tarbert have been almost reclaimed by the earth. Unusually, the castle was built, not upon a rocky eminence, but in a flat area of grazing land inland from the shore. However the strategic nature of the site relates, as at Castle Sween, to the sea routes it commands, in this case the entrance to Lochfyne and the Clyde to the east, and Kilbrannan Sound between Kintyre and Arran to the south. 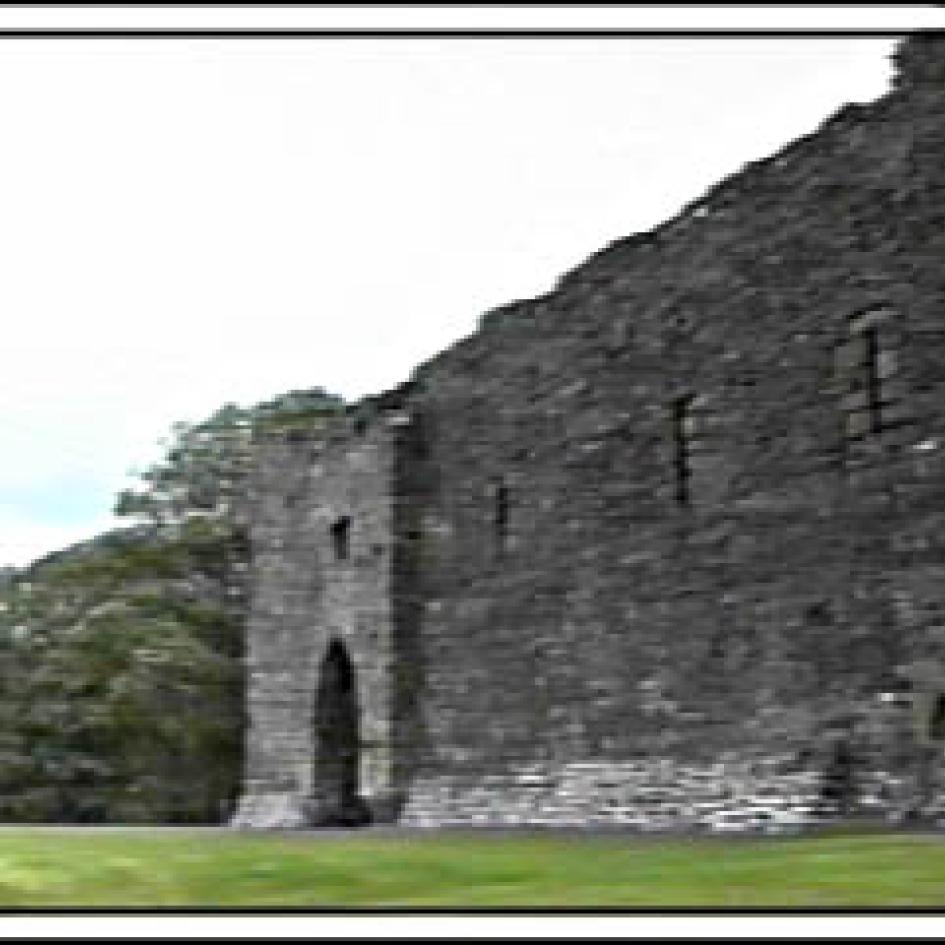 The first structures at Skipness were an early 13th century Hallhouse and Chapel, the latter being a long rectangular building which ran the full length of the courtyard against what is now the south wall. The original Hallhouse was two stories in height and stood in the space between the present Towerhouse and the northwest corner of the courtyard.

When the new Chapel was built near to the shore in the late 13th or early 14th century, the great curtain wall was built to enclose the space between the original Chapel and the Hallhouse, creating the present courtyard. The southeast and northeast towers were built within the new wall, as was the western latrine tower. A new entrance was built in the south wall and was equipped with a portcullis in the shallow Gatehouse tower. The mechanism was operated from a vaulted chamber over the entrance archway and reached by an alcove off the new Great Hall which was built over the original Chapel at the same period. The west wall of the courtyard may well have had a timber gallery along the inner side, providing access to the loopholes which survive. 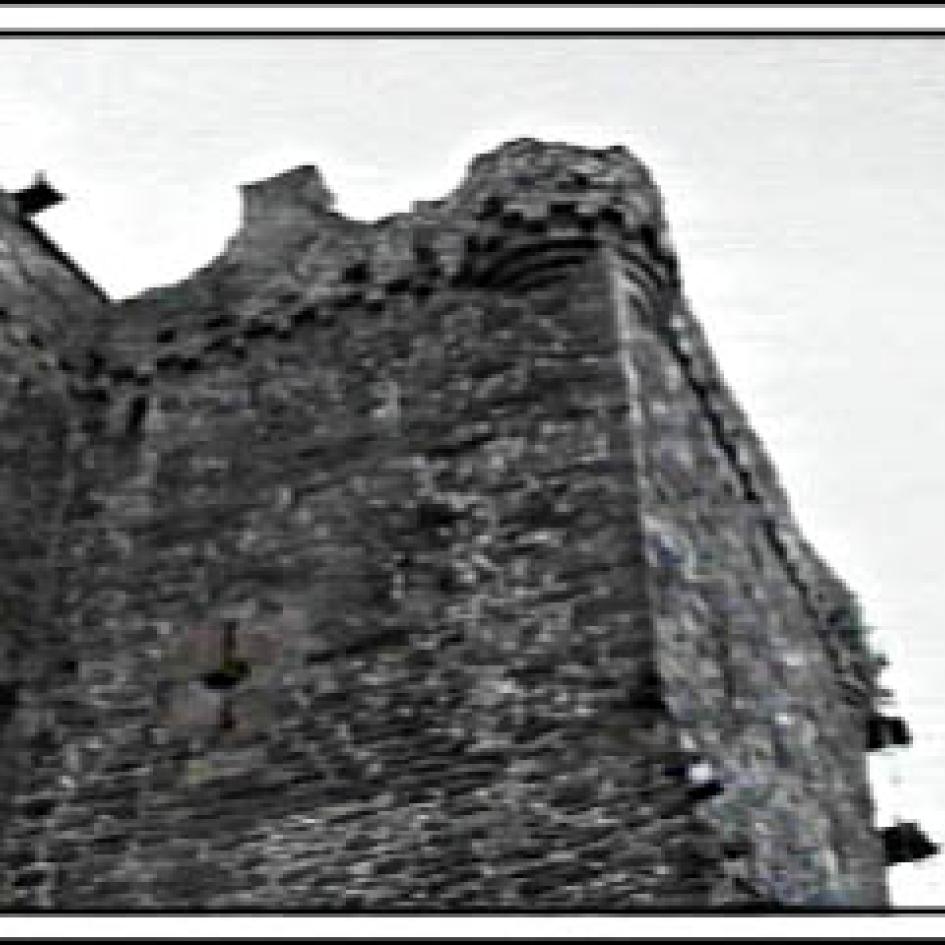 Possibly in the early 16th century, the building in the northeast corner was raised by three stories to form a Towerhouse of five floors. Later in the century the upper portion of the Tower was reconstructed to form the parapet walk with circular but open corner turrets which survive today. These last additions which created and then improved the Towerhouse were carried out by the Campbells of Skipness.

A charter of 1261 shows that the place of Skipness was then in the hands of Dugald MacSween, son of the Sween who built Castle Sween. However in 1262 the castle passed to one of the Menteith family in the same way as did the MacSween lands in Knapdale.

Towards the end of the century, the new Chapel was built near the shore to the south of the castle and the old Chapel was secularized. The subsequent construction of the curtain wall and other buildings has been described. At some point the castle passed into the possession of the Lords of the Isles.

After the forfeiture of John, Lord of the Isles and Earl of Ross, in 1476, the castle and barony reverted to the Crown. In time the administration of the royal lands of Kintyre was put into the hands of the Earl of Argyll. He in turn granted Keepership of Skipness castle to his second son Archibald in 1511. 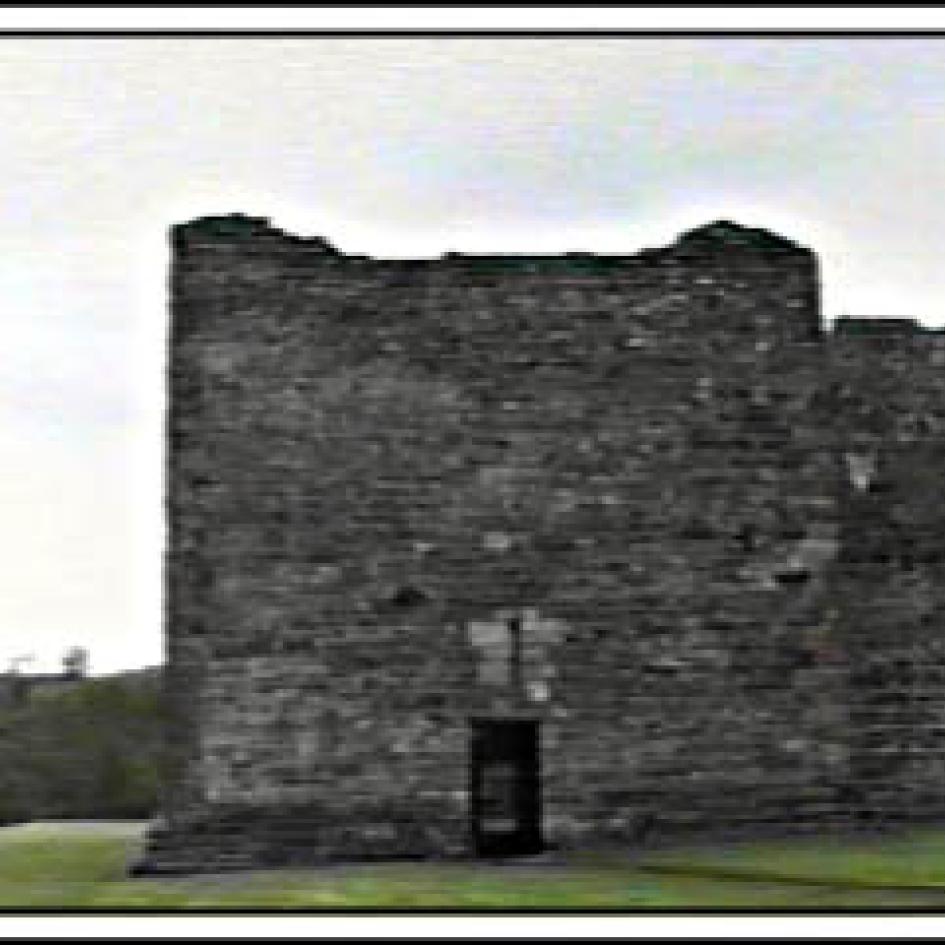 In 1576 and 1588, Matthew Campbell, Captain of Skipness, was granted charters, and his descendant Walter appears on record as Captain (Keeper) in 1670 and 1685. Walter died in 1702. Following the Earl of Argyll's invasion of 1685, royal warrant was issued for `razing down' the castle but it was saved by Walter who successfully petitioned against the order.

The castle remained in the hands of the Campbells of Skipness until 1867 when, despite owning an estate of about 15.000 acres, the family were so distressed for funds that they had to sell. They had been so poor for a number of years that they were obliged to go for long visits to their friends the Campbells of Auchindarroch who succoured them along with Campbell of Barcaldine who was then in a similarly penniless state, having nothing to eat but `what he could bring down with his gun'.