Married: 3 Mar 1759 Elizabeth Hamilton, Lady of the Bedchamber to Queen Charlotte 1761-84 (bapt. 7 Dec 1733; Created: 20 May 1776 Baroness Hamilton, of Hameldon in the County of Leicester, with remainder to the heirs male of her body; widow of James Hamilton, 6th Duke of Hamilton; d. 20 Dec 1790), 2nd dau. of John Gunning, of Castle Coote, co. Roscommon, by his wife Hon Bridget Bourke, dau. by his first wife of Theobald Bourke, 6th Viscount Mayo

Created: v.p. 22 Dec 1766 Baron Sundridge, of Coomb Bank in the County of Kent, with remainder to his brothers, Frederick and William 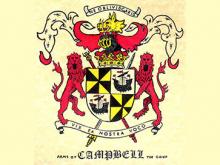