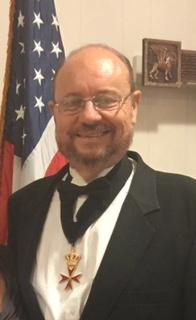 Jeffrey S. Campbell was born November 24, 1964 in Little Rock, Arkansas, to Herbert and Meda Campbell, while his father was stationed there in the USAF. Jeffrey grew up in the same small community of his great great grandfather in Texas County, Missouri. The family settled in Missouri in the late 1840's, migrating to Missouri by way of Pennsylvania. Jeffrey graduated high school at Houston, Missouri, in 1982. After serving in the United States Air Force, Jeffrey earned a Bachelor’s of Science degree cum laude with a triple major from Drury University in 1989 and completed his education with a Master’s of Science in Human Services in 2003. 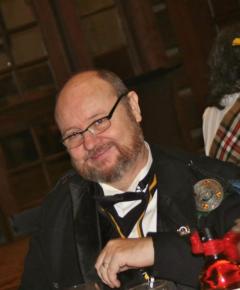 An avid outdoorsman, Jeffrey is particularly interested in hunting, fishing, and conservation as well as kayaking the beautiful Ozark riverways. When not busy attending Scottish events and Clan Campbell events, Jeffrey enjoys gunsmithing, shooting events and reloading in his spare time. A recreational gardener, Jeffrey enjoys growing vegetables for salsa and giving away any surplus veggies. Summer finds Jeffrey enjoying lounging around the pool (when he’s not busy maintaining and cleaning it!) Jeffrey officially retired last year from a career in children’s services, but was previously employed with the United States Postal Service for 27 years.  Jeffrey has been married to his wife, Lesa, for 21 years and enjoys spending time with his friends and family, especially his four year old granddaughter, Payton. Jeffrey and his wife, Lesa now live in Highlandville, Missouri, conveniently located in the heart of the Ozarks near many waterways, lakes, streams, forests and hills.  Jeffrey and his wife attend Prince of Peace Lutheran Church in Springfield, Missouri, where Jeff serves on the youth council.

In 2015, Jeffrey and his wife spent a week exploring Scotland and they would love to go back someday, allowing an additional week to make sure they see everything they didn’t get to see the first time around. Jeffrey has been a member of the Clan Campbell Society since 2010 and has served as the Region 7 Deputy Commissioner since 2013. He has also been on the Board of Trustees for the CCSNA/CCEF since 2017, and was 2019 Clansman of the Year. Jeffrey is also a member of the SGF SCOTS, formerly the Springfield St. Andrews Society, and has been granted the title of Chevalier in the Grand Priory of the Scots.