It is with great sadness that we must inform you of the death of James R. “Jim” Campbell on February 9, 2007. Jim was a Trustee of the Clan Campbell Education Foundation, and a Trustee and Finance Committee Chairman of the Clan Campbell Society (North America). He was also the 73rd Chief of the New York Caledonian Club, the second-oldest Scottish organization in New York City. In addition, he was an active member of the St. Andrew’s Society of the State of New York and various other Scottish organizations. Jim was actively involved in New York Tartan Week, having held several positions in the largest Tartan Day celebration in the world. He was recently elected the Chairman of the National Tartan Day New York Committee. 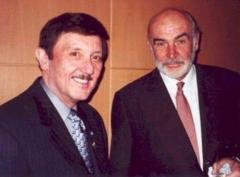 Jim will be remembered by all of us as an exceptional gentleman of great tact, diplomacy, graciousness, intelligence, and vision. We will miss him in the years to come. A memorial service was held at the Cathedral of St. John the Divine on Friday, February 16, 2007. The funeral reflected Jim’s love of his Scottish heritage and his deep sense of the importance of inclusiveness. As per Jim’s wishes, there was not a wake prior to the funeral. His ashes will be interred at the Cathedral at some point in the near future.

Jim joined the Clan Campbell Society (North America) in 1995. After serving for a time as the New York City Commissioner, he was elected to the Board of Trustees in 2000, and reelected to the Board of Trustees in 2003 and 2006. Jim was appointed Finance Committee Chairman in 2002 and served until ill health forced his retirement from the Board of Trustees in 2006. Jim served under three different Clan Campbell Society Presidents and was always respected for his expertise and sage advice on a wide variety of issues. Jim was Vice President of Administration at MTA Long Island Bus, Garden City, New York. He joined the nation’s largest transportation organization in of November 1988 after previously working as a corporate human resources director in Fortune 100 companies. 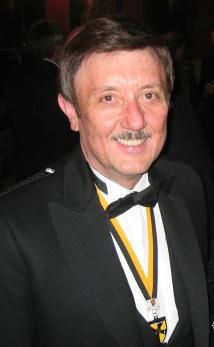 He held a Bachelor of Science degree from the University of Houston, attended Graduate School at Case Western Reserve University and studied at the Yale School of Organization and Management. He held the highest level of professional accreditation through the Society of Human Resources Management (SHRM). Jim was a recipient of several community service awards and is of biographical reference in Marquis' Who's Who in America. Jim was also a veteran of the U.S. Air Force, active in several professional organizations and a member of the Cathedral Church of St. John the Divine in New York City.

"Jim will be fondly remembered by all of us as a gentleman of great tact, diplomacy, graciousness, warmth, and vision. We will miss him greatly in the years to come." George A. Campbell - 76th Chief New York Caledonian Club; CCS(NA)- New York Deputy Commissioner

We can best remember Jim by carrying on in true Highland form. "So say we all..."