Inveraray Castle may be the one chance you will have in Argyll, outside the country house hotels, to see the interior of a country house which is still a family home. The parts which are open to the public are the main reception rooms and a suite of former bedrooms. These are of course separate from the private side of the house. 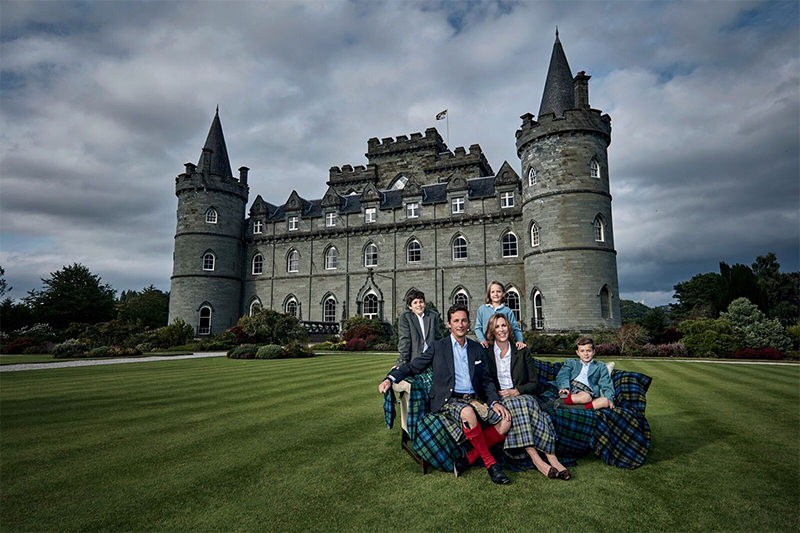 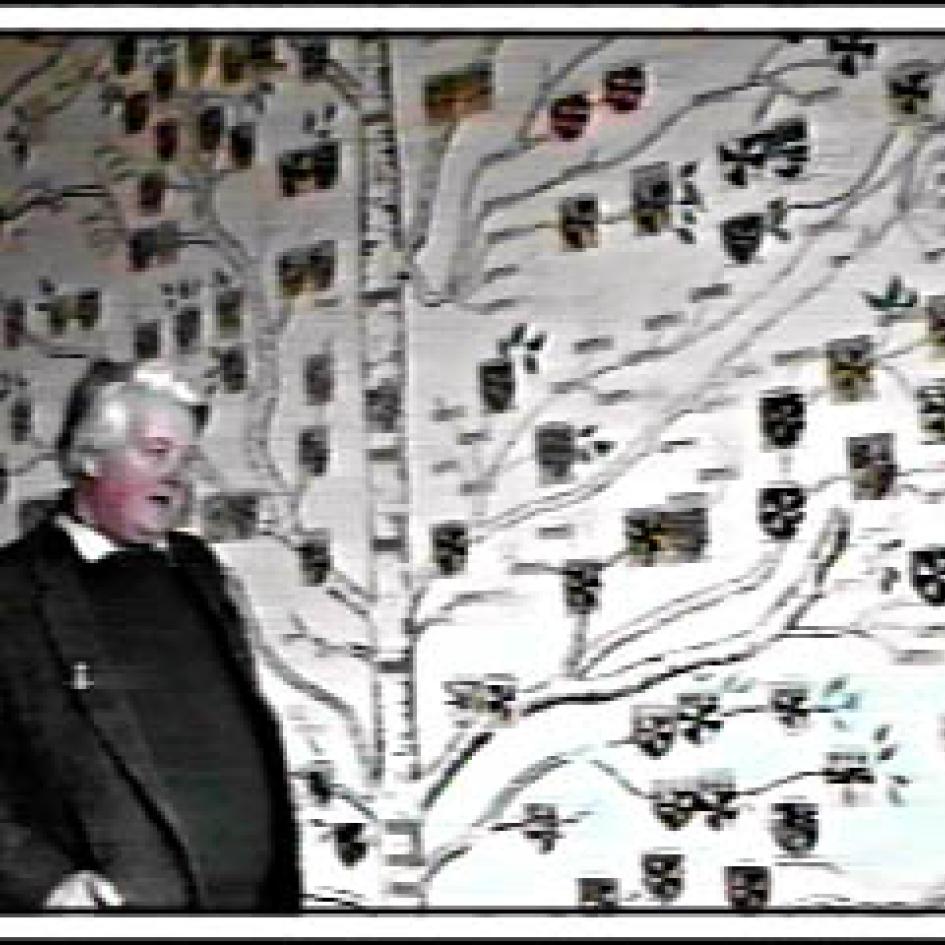 One of the upstairs rooms is now the `clan' room containing a vast Campbell family tree showing how the chiefly kindred, whose ancestry is known, branched off the main line, with the heraldic shields of each. There is also a fine topographic wall map. In the towering entrance hall the ceiling shows the shields of different Campbell families.

The castle is within walking distance of the town and the hotel-restaurant but there is also a parking area outside the visitor's entrance. There is a Castle Shop on the lower level opening off the moat. Check ahead to find hours, days and months when the castle is open to the public. Your best chance to meet your chief may be at the Inveraray Games or on one of his visits to The Clan Campbell Society. However if you do need to find out whether you can make an appointment for a meeting at Inveraray it should be done in writing through the Argyll Estates factor well in advance. An approach by telephone or FAX is not appropriate when considering that the chief has to make a living like the rest of us and there are said to be over 15 million Campbells worldwide, any of whom might turn up at Inveraray at any time.

An Inveraray Castle has been standing on the shores of Loch Fyne since the 1400s, although the impressive castle we know today was inspired by a sketch by Sir John Vanbrugh (1664-1726), an English architect, dramatist and herald, perhaps best known as the designer of Blenheim Palace and Castle Howard in the 1700s.

However, Sir John Vanbrugh died soon afterwards, but the great architect's gem of an idea became the base of the house which Archibald Campbell, 3rd Duke of Argyll was eventually to build. The foundation stone was laid in 1746 and what followed was the construction - to a design by the architects Roger Morris and William Adam - of a truly modern, baroque, Palladian and Gothic-style castle, architecturally before its time.

Both Morris and Adam died before the castle was finished and Adam's sons, James and Robert, brought the castle to completion 43 years after the first stone was laid.

The castle we know today was the result of a fire in 1877, which resulted in the addition of the third floor and conical roofs on the corner towers.

In 1975 a devastating fire struck Inveraray and for some time the 12th Duke and his family lived in the castle's basement, while restorations requiring a worldwide fundraising drive were carried out.

The castle is open to visitors. Its collection includes more than 1,300 pikes, muskets, swords and other weapons.

The 13th Duke and his family live in private apartments occupying two floors and set between two of the castle's crenellated circular towers. Recent renovations included the installation of the house's first central heating.

Inveraray Castle is a Category A listed building. It is surrounded by a 16-acre (6.5 ha) garden and an estate of 60,000 acres (240 km2). Besides welcoming visitors to the castle, the estate's activities include commercial forestry, tenanted farming, wind and hydro power and deer hunting.

The 2012 Christmas episode of Downton Abbey was partly filmed here; the castle portraying the fictional "Duneagle Castle". Inveraray Castle was also featured in a series on Scottish castles made by American broadcaster PBS. The "Best of the West" festival, organized by the Duchess, is held at the castle each September.