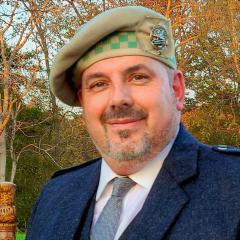 Eric has lived most of his life in the Shenandoah Valley, VA. He graduated Turner Ashby High School in Dayton, VA. After graduation he attended Blue Ridge Community College and Eastern Mennonite College where he received a certification from the FCC in the field of Communications. He later furthered his education in the areas of Management and Associate Relations, Lose Prevention, Sales Marketing, and Associate Management all in which he received certification. Eric has worked in Management for Wal-Mart, Inc. and for Kohls, Inc. He was a Travel consultant and in Sale Marketing for British Travel, a London based firm that rented holiday packages in 5 different countries in Europe. 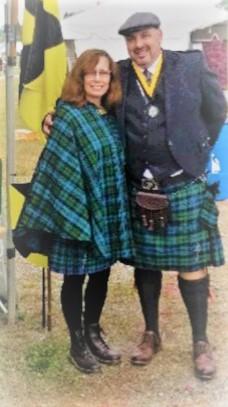 Eric was Ordained as a Minister in 1999 and enjoys spending time in that occupation. He has travelled to many Countries as well as different areas of the United States speaking in many different venues such as churches, schools, nursing homes, prisons, crusades, conferences, and wherever they call. He has helped train Pastors and Leaders excel in their calling, as well as help them with church planting.

Eric lived in Montana for 7 years and while there he and his wife started a discount grocery business called The Grocery Saver, Inc. He was also Co-founder of the Bitterroot Scottish Irish Festival in Hamilton Montana, a festival that has grown in size each year. He served on the Chamber of Commerce Tourism Committee. The Scottish American Athletic Association made him a member of the Brotherhood of the Hammer, an honor given to him for his help promoting the heritage of Scottish athletics throughout the United States. Upon moving back to Virginia Eric went to work with Integrity Custom Builders, LLC.

Eric has been married 22 years to his lovely wife Robin. They have 2 children, Zephaniah (10) and Julia (8), and live in Mt. Crawford, VA. When not speaking or working, Eric loves to study history, especially European and the War Between the States. He likes to hike and fish with his family, travelling, and loves playing the guitar and singing. He has a local Nursing Home and Prison ministry.

Eric has been a member of the Clan Campbell Society N.A. since 2002. He has served a Deputy State, State Commissioner, Trustee and most recently as Vice Presiudent. He enjoys getting to meet new members and getting them excited about our rich heritage.

Eric was elected CCSNA President in October 2020 to a three (3) year term.