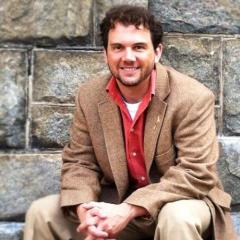 From 1995 -1998, David served as Base Architect (32E1A) at Charleston AFB, South Carolina with the 437th Civil Engineer Squadron and and participated in four hurricane and tropical storm repair efforts, including hurricanes Opal and Bertha. David attended the Air Force Institute of Technology Civil Engineer Officer Course, Wright-Paterson AFB in 1996.

David joined Naval Facilities Engineering Command Southern Division under a Veteran’s Recruitment Appointment in 2000. For the next six years David served as a Design Program Manager in support of Navy and Marine Corps Reserve Projects. The program effort consolidated and co-located Navy and Marine Reserve unit functions into shared facilities. In 2005 David accepted a position as an Architect / Design Manager with General Services Administration, Public Building Service, Region Four, Atlanta, Georgia. During this time David attended Georgia Institute of Technology and received a Master of Science in Urban Planning & Design in 2009.

In that year David accepted a promotion to Project Manager at the Centers for Disease Control, Buildings and Facilities Office. David programmed and directed laboratory alteration and evaluation projects as served as Design QC for new laboratory / support construction.