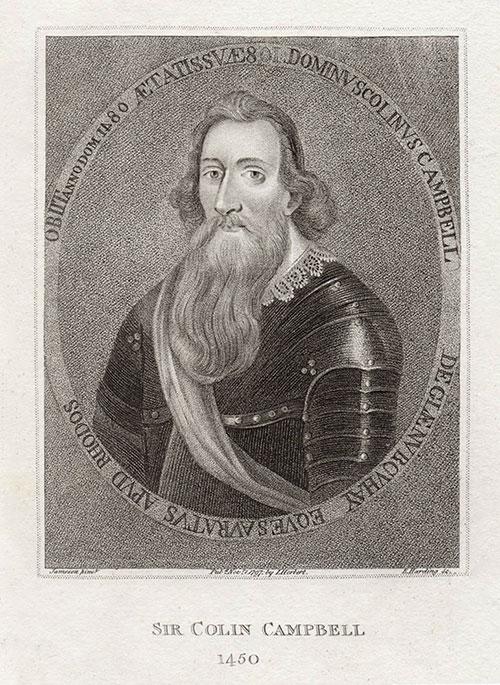 Created:  c.1457 Earl of Argyll, 17 Apr 1470 Lord Lorne, by charter conveying to him the lands and Lordship of Lorne on the resignation of his wife's uncle, Walter Stewart, 3rd Lord Lorne later 1st Lord Invermeath, to him and the heirs male of his body, with remainder to Sir Colin Campbell of Glenorchy, to Colin Campbell of Nelesoun, to Duncan Campbell, etc., each in like manner respectively.