Col. Joseph McDowell Campbell, Jr., USAF (Ret.), FSA Scot, is truly one of the unsung heroes of the Clan Campbell Society (North America). Not only has he served the United States and the cause of freedom-loving peoples everywhere by flying warplanes during the Viet Nam conflict, he has given years of his life to our Clan in more peaceful times. He has been a life member of the Clan Campbell Society (North America) since 1977, and was president of this organization from 1984 to 1987, when it was still known as the Clan Campbell Society (United States of America). Since the earliest Journal that I have is the Spring 1988 issue, I cannot give a fuller account of the offices he held in earlier years without troubling him personally, which I do not wish to do (having seen him when he is troubled). After his term as president of the Society, he did not drop out of sight like others have done. He went on to become president of the Clan Campbell Education Association (now known as the Clan Campbell Education Foundation), and as such he wrote an introduction to that organization in volume 1 of Alastair Campbell of Airds’ opus, A History of Clan Campbell. Indeed, he helped ramrod that momentous project to its fruitful conclusion, ensuring that our history can be told from a scholarly perspective and not be defined by the opinions of other clans. 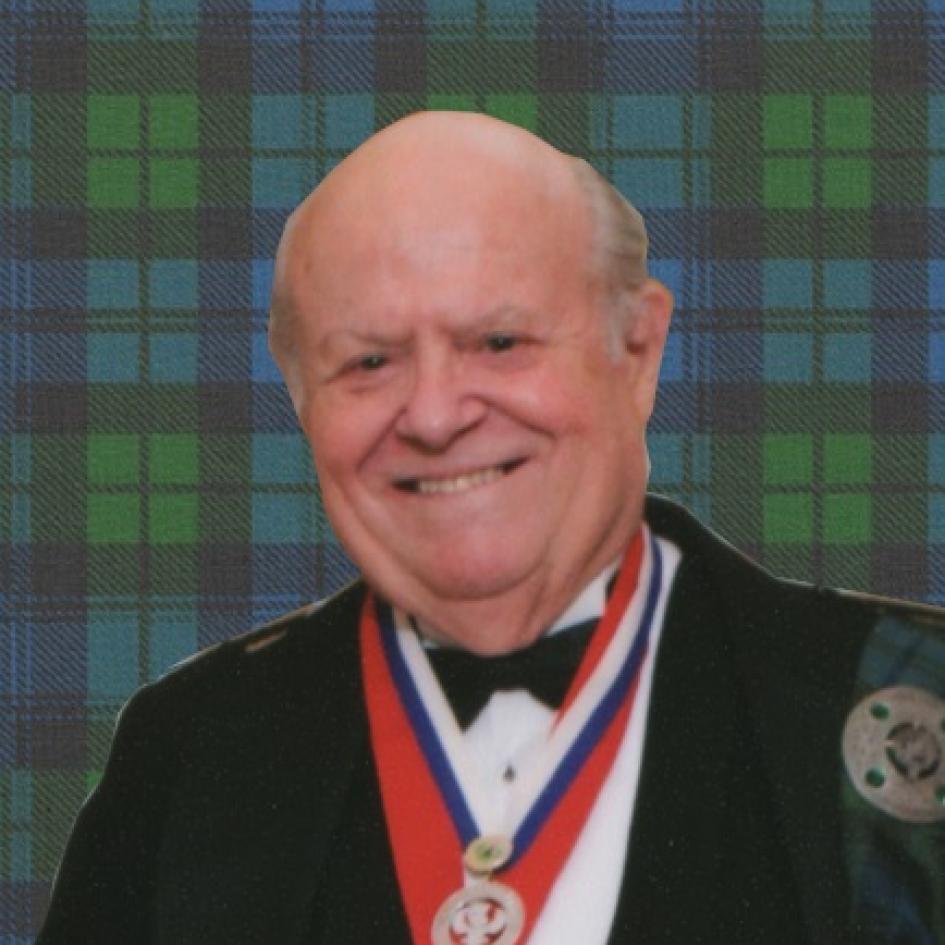 Joe McD (as he is known by those of us who love him) continued to support the History and bring it forward as a digital publication, for those who do not care to have books on shelves, but are hungry to explore their heritage nonetheless. Joe worked many volunteer hours to get our first website up and running, and the present iteration continues to bear his imprimatur. I am sure that Joe McD has worked on many other projects, but I do not have the time to research them all, and I suspect the recitation would make him uncomfortable, anyway.

Besides hosting Duke Ian in his home in Mandeville, Louisiana, Joe McD has also hosted AGMs and mid-year meetings for officers of the CCSNA and CCEF in his beloved City of New Orleans. The pride that he and his lovely wife, Anne, have in this beautiful Southern belle of a town, especially the old French Quarter, is obvious on their faces as they happily show us the various delights on offer, including the mighty Mississippi River. If there is a haggis on the menu at an AGM or a mid-year meeting dinner, Joe will address it with Rabbie’s poem in a lively, but dignified performance—fully from memory—worthy of Broadway. If you are fortunate enough to have the opportunity to attend such an occasion, don’t miss it, but be forewarned: the first two rows will get haggised!

At one such mid-term meeting, Joe set up a Jeopardy-style quiz game about all things Campbell, with a bottle of Oban as the grand prize. I don’t know if I was just faster on the button or if it was the pre-game cerebral lubrication, but I won the prize, though I tasted precious little of it after sharing it with my fellow contestants and other guests. However, I want to make it clear that this President’s Award is in no way a quid-pro-dram!

Joe McD is one of the giants of the Clan Campbell Society (North America), and he continues to work and contribute his ideas as a trustee. When he speaks, we would all be wise to listen. For the above-mentioned contributions to our Society, and for those many that I have failed to mention, it is my honor and privilege to bestow the 2020 President’s Award on Joe McD Campbell.