Carnasserie Castle (pronounced CarNASSerie, as in LASS, also spelled Carnassarie) is a ruined 16th-century tower house, noted for its unusual plan and renaissance detailing. Handsomely situated above the west side of the valley about a mile north of the village of Kimartin, Carnassarie commands the southern approach to Loch Awe. Standing at the edge of a benchland or raised beach partly clothed in mature deciduous woodland, the setting is dramatic. The design included a keep or tower on the edge of the slope, with a domestic range of three stories running west and terminating in a tower stair and entrance door projecting to the northwest. 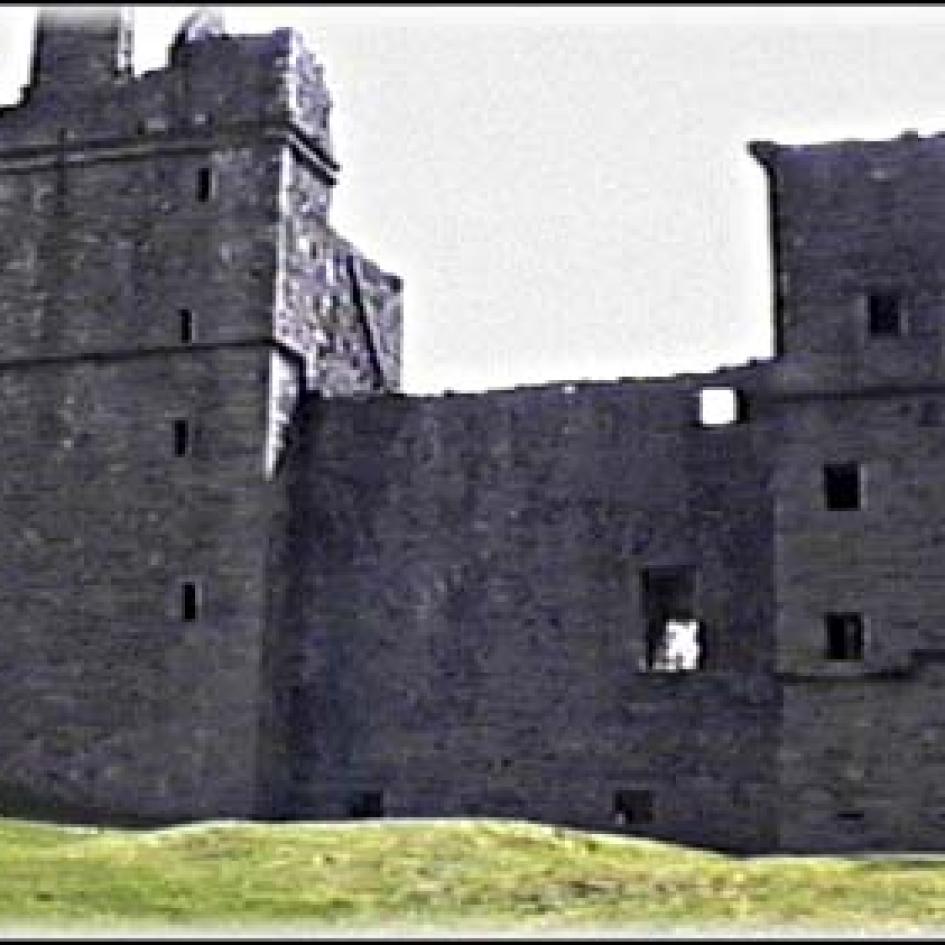 The keep tower has a vaulted cellar with a well. Above is a handsome hall with a garderobe in one corner and spiral stair in another. The two larger windows look south, while a smaller one gives a view across the valley to the east. The fireplace in the north wall has a finely carved surround in the renaissance style. The ceiling would have been of beam and board construction and likely painted with heraldic, mythological or biblical designs. Above the hall were two floors of bedrooms and a garret with parapet walk and round corner turrets.

The ground floor of the west wing included vaulted cellars and a kitchen. In the latter the arched fireplace and wall-oven remain well preserved, as does the water conduit from the outside, whose presence shows that the well in the tower was for emergency purposes only. Over the kitchen and storage cellars was a long hall whose windows were enlarged at some point. This great room would have had a stone flagged floor, a fireplace, walls hung with tapestry or plastered and painted in imitation, and a beamed and painted ceiling. Over the hall would have been more bedrooms or barrackrooms, likely having dormer windows with carved stone gables.

The style of carving is of a quality not found elsewhere in Argyll at this period. The obvious renaissance elements in the design indicate that Bishop John Carswell, who built the castle for the Earl of Argyll, had been inspired by the work of the masons used by James V at Stirling where he had served as Chaplain. 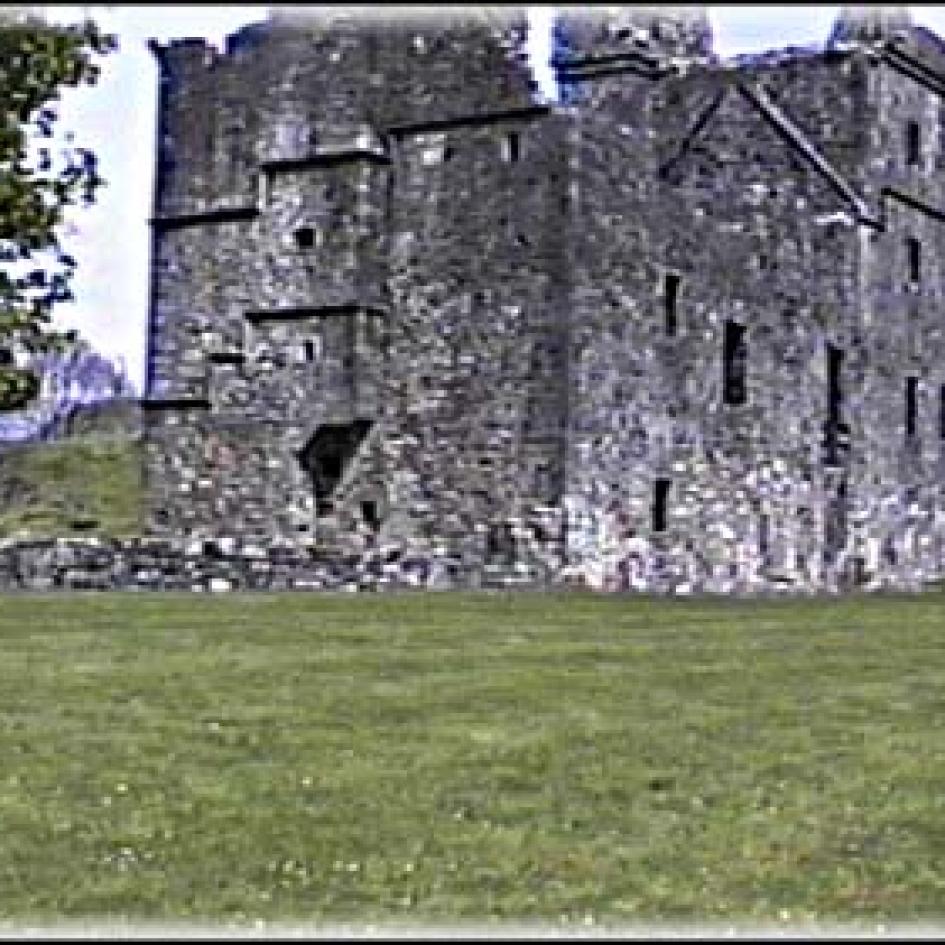 John Carswell obtained Carnasserie by charter of sale from Archibald Earl of Argyll in 1559-60. He may well have been a descendant of the Campbells of Corsewall in Wigtonshire. Born in about 1520, John was immensely tall even when he graduated from Saint Andrews university in 1544. He later became Chaplain to the Earl of Argyll. The powerful fifth Earl succeeded his father in 1558 and, while generally supporting his sister-in-law the catholic Mary Queen of Scots, was one of the proponents of the reformation of 1560.

John Carswell seems to have followed the Earl in his attempt to avoid civil war by remaining in touch with both the Queen and the protestant Lords of the Congregation. Even after the reformation of 1560, he was made Bishop of Argyll and the Isles by Mary Queen of Scots in 1566. Carswell first made his home in Argyll at Kilmartin where he is believed to have been the builder of the small castle or fortified house before starting construction on Carnassarie.

Bishop Carswell became a Gaelic scholar and is best known for translating the prayerbook of John Knox into the Gaelic, the first book ever printed in that language. He was not a popular man locally and was called `the heron' for his height and stoop. He died in 1572 after two marriages and two children. His first wife was Margaret, daughter of Campbell of Inverawe. His daughter by the second marriage, Christian, became the second wife of Dougall Campbell of Inverawe whose first wife and children had been hung by a raiding Maclean. She later married Bishop Neill Campbell, Carswell's successor at Carnasserie.

In 1643 the Earl of Argyll sold Carnasserie to Dougall Campbell, younger of Auchinbreck, who enjoyed its palatial splendor for 42 years. Then during the 9th Earl of Argyll's invasion of 1685 the castle, still then the most sophisticated building in Argyll, was burned by Lachlan Maclean of Torloisk. The ruins came to belong to the Campbells of Kilmartin, cadets of Inverawe who had been granted Kilmartin, and possibly also Carnaserie, in 1674. They were obliged to sell in the 1820s and their estates, including Carnasserie were bought by their neighbors the Malcolms of Poltalloch. The Department of the Environment are custodians and the castle is open to the public.